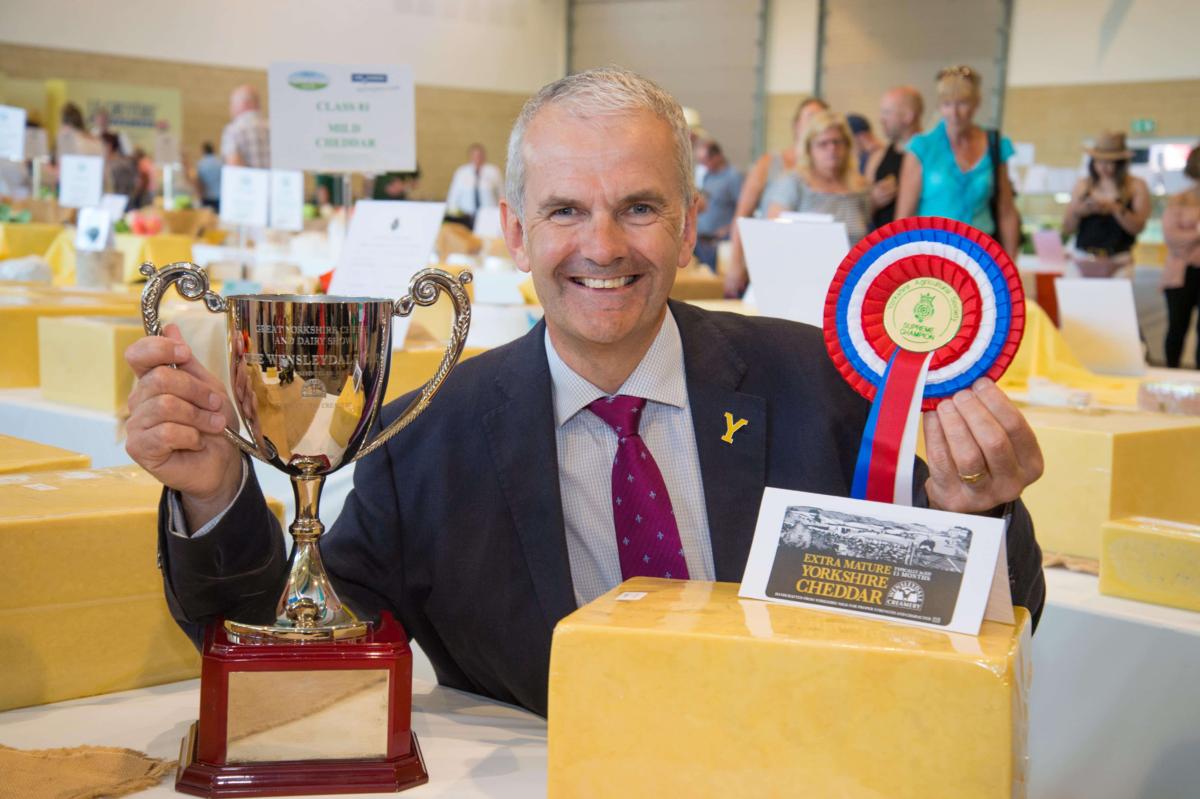 The Wensleydale Creamery, the famous Yorkshire Dales cheese-maker, is celebrating another successful year at The Great Yorkshire Cheese and Dairy Show, after winning a grand total of 25 awards for its handcrafted cheeses, butter and yogurts.

The newly launched Yorkshire Cheddar started its winning streak being awarded ‘Best Cheddar’ at the show, in a highly competitive category, before going on to win ‘Best Yorkshire Product’, and eventually being crowned the Supreme Champion Cheese. The Creamery’s immense success was further elevated with their flagship Yorkshire Wensleydale taking the Reserve Supreme Cheese title.

Held on Tuesday 10th – Thursday 12th July in Harrogate, The Great Yorkshire Show is one of the UK’s leading annual events and attracts over 130,000 visitors during the three days. The Cheese and Dairy Show attracted over 860 entries from across the UK and abroad.

The Wensleydale Creamery picked up a host of medals across the show, beating a competitive field of dairy producers to win ten gold, four silver and four bronze awards plus four ‘Best of Category’ trophies, on top of the Reserve and Supreme Champion titles. Winning the prestigious Wensleydale Cup with its Yorkshire Wensleydale for the best Wensleydale Cheese, was another highlight of the day.

David Hartley, Managing Director at The Wensleydale Creamery, said:
“We’re absolutely thrilled with the outcome of the awards, with the Supreme and Reserve Supreme Champion cheese titles, plus 18 other awards and four trophies coming home with us. We are especially delighted with the recognition and accolade for our newly launched Yorkshire Cheddar, which the judges described as ‘standing out in its class’!

“We pride ourselves on our Yorkshire cheese-making heritage and provenance, using local milk and the skill and expertise of our cheese-makers. It’s fantastic to see that this quality has been recognised on such a stage, at an event which is dedicated to Yorkshire’s agriculture and countryside.”