Wins for The Wensleydale Creamery at the International Cheese Awards 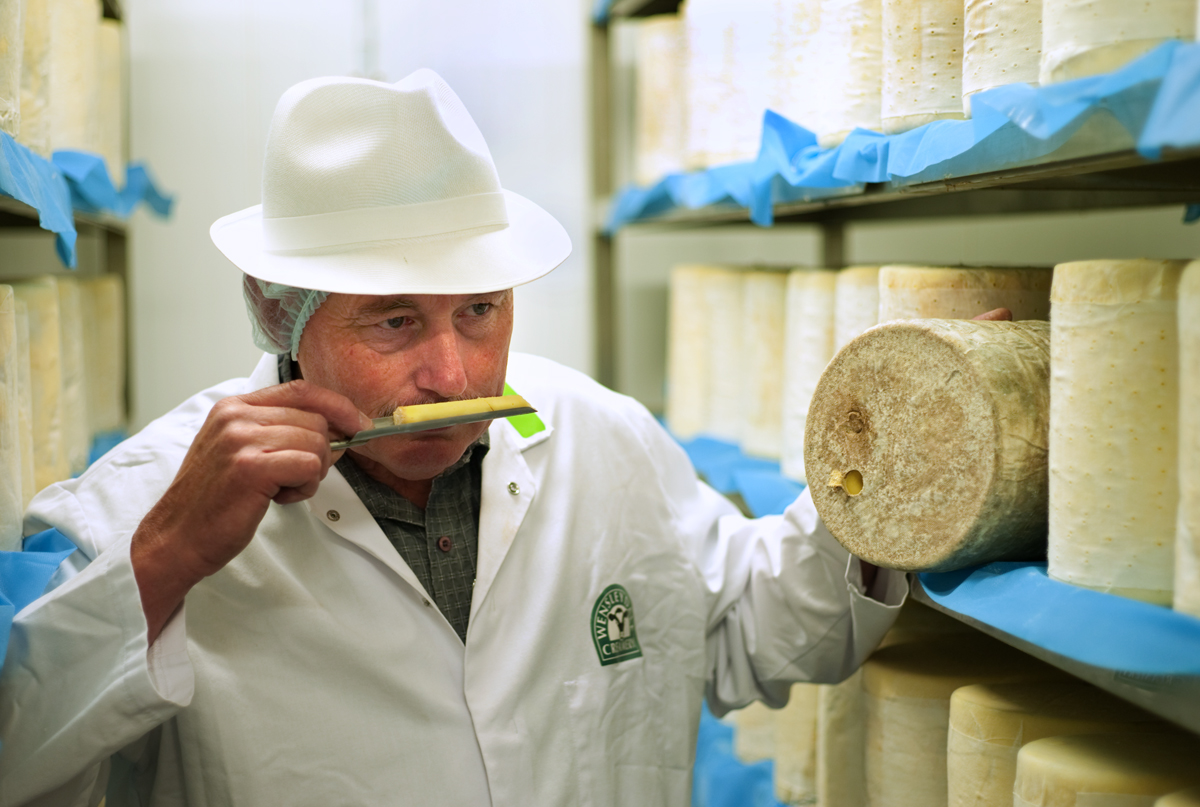 The Wensleydale Creamery is celebrating after a successful time at the International Cheese Awards held at the 2014 Nantwich Show. The famous cheesemakers scooped a number of award wins, including a gold accolade for its famous Yorkshire Wensleydale; and the Ted Hassall Memorial Trophy for the Champion Traditional Farmhouse Cheese, with its Traditional Red Leicester.

The Creamery, based at Hawes in the heart of the Yorkshire Dales, picked up 5 gold, 5 silver and 2 bronze accolades at the awards, which this year received a record number of 4,443 cheese entries from 26 countries around the globe.

David Hartley, Managing Director at The Wensleydale Creamery, said: “We’re delighted to have topped off a fantastic day at the world’s biggest cheese show with such commendable awards.

“We’re immensely proud of our Yorkshire heritage, and it’s fantastic to be recognised against such prestigious cheesemakers worldwide.

“Norman’s award is truly deserved. His keen eye for quality and his outstanding passion for the Creamery and its cheese has helped to ensure our continued growth. We’re extremely thankful to Norman and, of course, the rest of our dedicated team.”