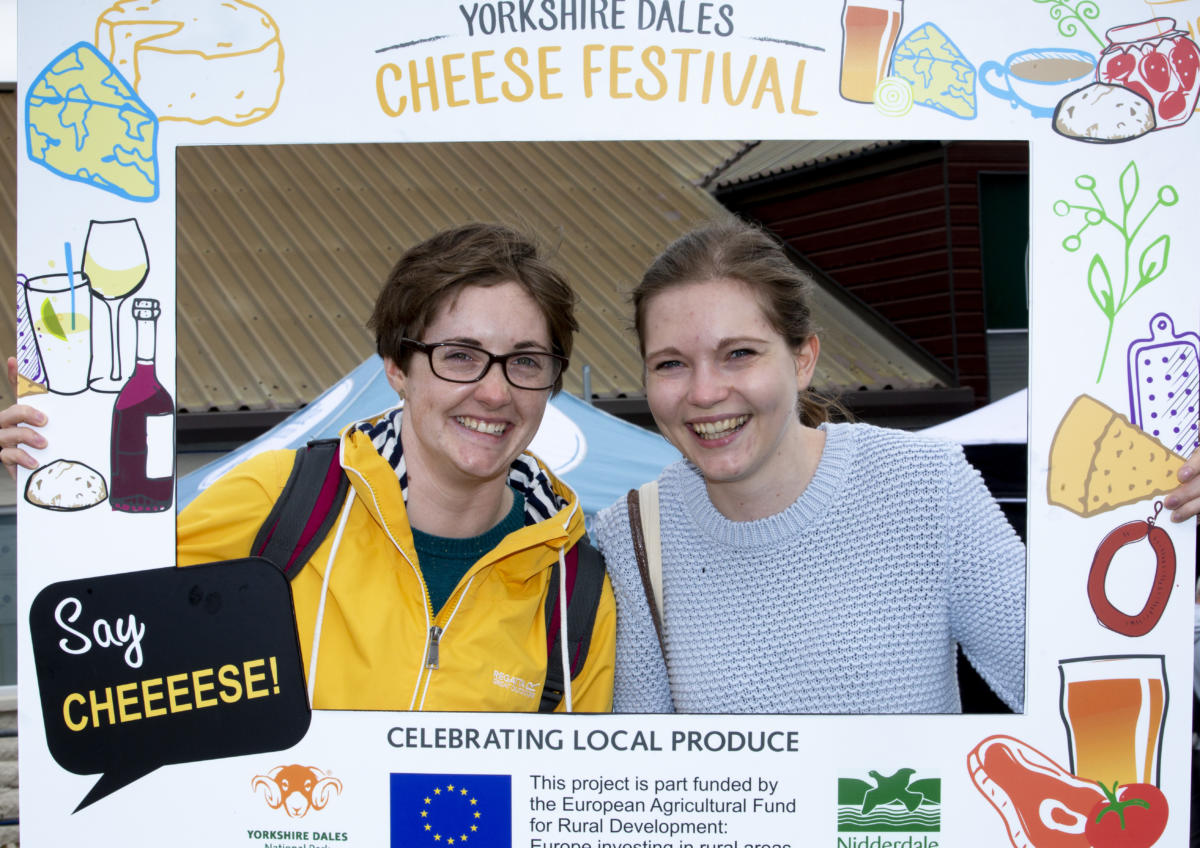 BlueBoxt Productions will be with us over the weekend for Cheese Festival 14th – 15th September! Talented local artists will be providing outstanding entertainment throughout #CheeseFest19 for you all to enjoy…and even have a boogie to! BlueBoxt is a voluntary run organisation, offering education and learning to young people through performing and creative arts-based activities, including acting, musicianship, and technical development. Participants work alongside community and professional artists in a positive, supportive environment, which nurtures and develops their knowledge, skills and appreciation of the arts.

Bert Bohanan is an accomplished singer/ guitarist and one part of talented Richmond based duo Blue Skies. He is also performs with the In Concert Band and All Time Favourites 50s and 60s Show. Bert’s will be singing a varied selection of standards and popular songs.

Vocalist Colin Bailey will be performing some of his favourite songs from 30 years as an entertainer, musician and educator in and around the Dales. His main role at the Festival will be supporting the younger performers who are part of the Musical Theatre Project and other activities offered by BlueBoxt Creative and Performing Arts – a voluntary organisation based inWensleydale.

Natalia Atkinson is an up and coming singer regularly performing across the North East at Open Mic Nights and in National competitions. She has a growing fanbase on Youtube and we are delighted that Natalia has been able to attend the Festival and perform (Saturday only).

Jack Pearce is a talented multi-instrumentalist and regular performer with Richmond Jam (Georgian Theatre Royal) and Jambone (Sage, Gateshead). His busy schedule doesn’t allow much time for solo performances and he has made a special trip to be able to play a selection of jazz standards and popular music at the festival (Sunday only).

Lili Bako is our youngest performer at the Festival and will astound you with her selection of Disney Classic and songs from musical theatre. She is 2018 winner of her class and the Diana Hartley Award at the Wensleydale Tournament of Song. Lili will perform on Saturday afternoon.

Fred Norman is a singer/ songwriter and guitarist from Wensleydale and will be performing his popular compositions including The Talyllyn Railway and House of Cards. Fredwill also be performing Saturday and Sunday lunchtimes as part of the Musical Theatre Project group presentation at the Festival

A talented actor and versatile musician, Dan has performed in lots of Blueboxt Productions, including Leyburn Food Festival 2018, and the Dales Variety Show. Dan has just finished playing the role of Niall in Freya, our youth musical, and also played guitar in the band. Dan is looking forward to studying level 3 art & design, photography and graphics at Darlington College, and he also works as a volunteer at Leyburn Arts and Community Centre’s Youth Café. He helps with a range of activities at the cafe, including teaching young people about the environment.

Ellen Scurrah is an accomplish Actor and Vocalist. Having completed her education at St Bede’s, Lanchester, this summer, Ellen is about to embark on her A levels at Durham Sixth form Centre, studying law, politics, criminology and the performing arts. As well as taking part in several end of term and Christmas shows at St Bede’s, Ellen is a member of Activate Theatre in Durham. She’s performed in lots of different musical theatre productions, including Aladdin, Mulan, Hamilton and BlueBoxt’s youth musical, Freya. She will present a varied selection of vocal favourites at the Festival.

Howard Harrington is a talented multi-instrumentalist playing trumpet, keyboard and bass guitar. He is a member of Richmond Jam and The Musical Theatre Project and also attends Northallerton Music Centre. He has played in various BlueBoxt Concerts and is also a regular with Reeth Brass Band and the Alan Owens Big Band. He created the Brass and String sounds for Freya our summer youth musical. In his spare time, Howard can be found travelling Wensleydale and Swaledale as an apprentice plumber. Howard will play a selection of popular favourites at the Festival.

James Newson is currently studying A levels at Richmond School and has been the regular guitarist with Richmond Jam throughout his time there. He regularly performs with BlueBoxt and most recently has been part of The Musical Theatre Project concerts. James also spent the Summer playing in the show band for the youth musical Freya. This was his first experience of touring and, while challenging, he has enjoyed the process of interpreting and adapting parts that complement the on-stage action. James shares his hidden talents on guitar at the Festival.