Our Christmas Shop is now open! 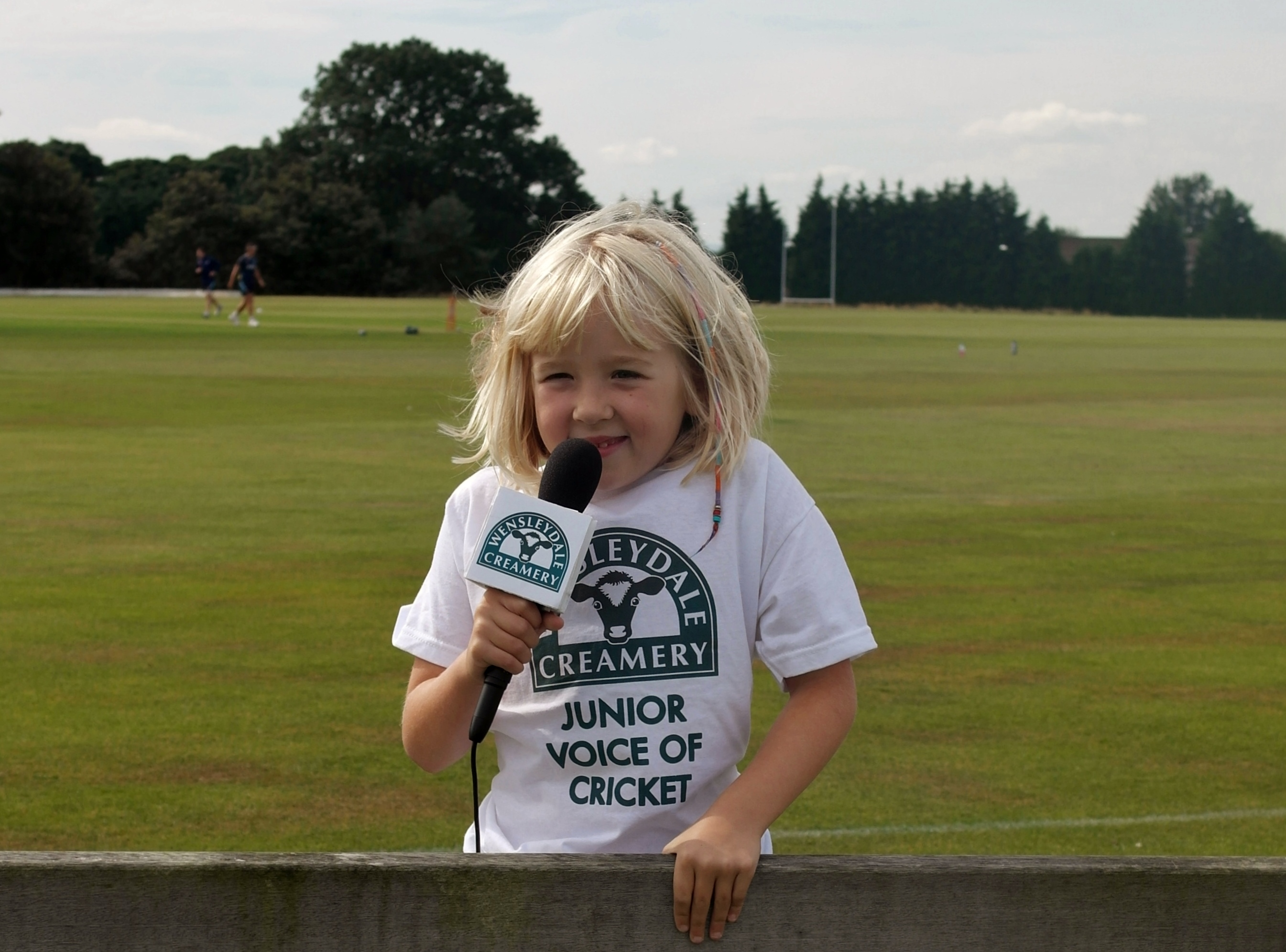 The Wensleydale Creamery, celebrated Yorkshire cheese maker and official partner of Yorkshire County Cricket Club, is delighted to announce cricket mad Mollie Ovenden is the winner of its Junior Voice of Cricket competition, with an impressive 64% of the vote, knocking her junior rivals for six, by impressing the public with her extensive cricket knowledge and cheeky personality.

Mollie, the only girl among the five finalists, interviewed Yorkshire CCC star Jack Brooks at Headingley Cricket Ground as part of her ‘vote for me’ clip. She had until Tuesday 3rd September to drum up as many votes as she could and she hit the media headlines with her entry, even receiving tips from Britain’s first female cricket commentator, BBC Radio 5 Live’s Alison Mitchell.

On hearing the news she was the winner eight year old Mollie commented: “I’m so excited to hear that I’ve won the Junior Voice of Cricket! I’ve been trying not to think about the prize too much in case I didn’t win, but now I can celebrate and prepare for the ‘behind-the-scenes’ trip to the ODI (One Day International) at Headingley on Friday. I’m really looking forward to seeing the professional commentators at work and I’m hoping to pick up some tips.  The competition has made me even more enthusiastic about cricket and the possibility of one day being a female commentator.”

Budding cricket commentator Mollie is set to enjoy a once-in-a-lifetime prize this Friday. Mollie has been invited to watch the England v Australia NatWest ODI at Headingley Cricket Ground from the official Kcom media centre, picking up tricks of the trade and rubbing shoulders with the likes of Geoffrey Boycott. Mollie will also get the chance to meet some of her favourite players from YCCC including Richard Pyrah, Steven Patterson and Jack Brooks. But the real question, which won her many votes in her entry video, is will ‘England Captain Alistair Cook ever return her pen which he borrowed at the third Ashes test’?

David Hartley, Managing Director of The Wensleydale Creamery, said: “As a proud sponsor of Yorkshire County Cricket Club we wanted to engage with the local community, particularly aspiring young cricket fans to encourage them to get involved in the game. By creating the Wensleydale Creamery’s Junior Voice of Cricket competition we are thrilled to have discovered a young Yorkshire cricket fan and commentator.  We’re hoping the behind-the-scenes experience at Headingley Cricket Ground will only further inspire Mollie and her cricketing aspirations.”

“We’re delighted one of Yorkshire’s own promising youngsters will be able to provide her take on the ODI on Friday, which sees many of Yorkshire County Cricket’s Ashes stars returning to their home ground for the first time since the test series.”