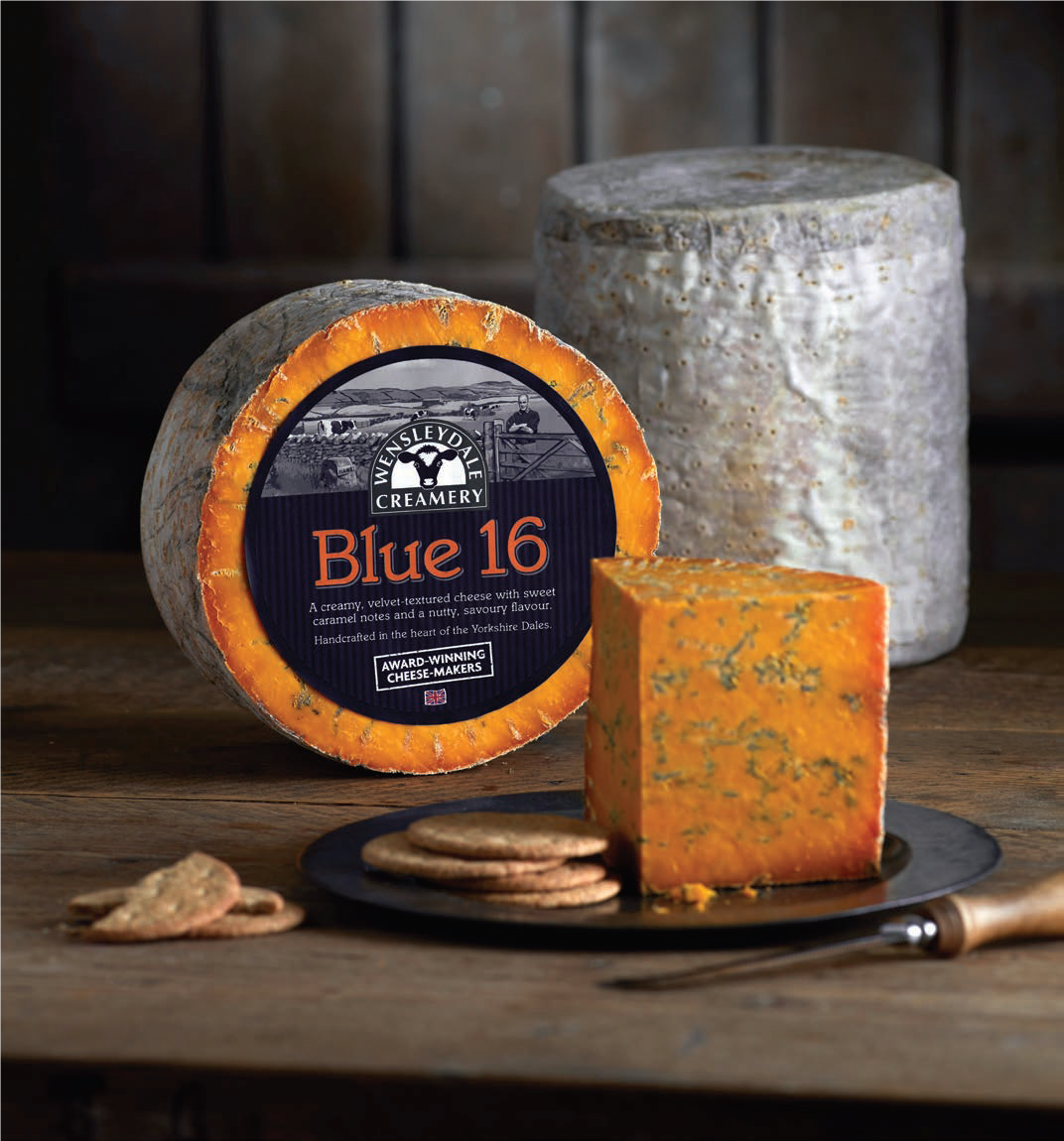 2016 was an exciting time for us at The Wensleydale Creamery, with the completion of our new dairy and the 21st anniversary of the formation of our dedicated Milk Producer Group.

In celebration, we launched a new cheese, which was named Blue 16 in honour of this key year.

Blue 16 is a russet-coloured blue cheese, velvet-textured with sweet caramel notes and a nutty, savoury flavour. It’s had a successful 2017 award season, winning three golds, a silver, three bronzes, and also being awarded a star in the Great Taste Awards – most recently it was awarded a gold in the World Cheese Awards.

Deliciously versatile, Blue 16 is wonderful melted into a sauce and served with chicken or steak, added to a baguette, crumbled over a salad, and of course it looks stunning on a cheese board!

Available from selected Asda stores, independent retailers and farm shops, and via our website.