A Taste of Yorkshire

The Wensleydale Creamery has struck a deal with French retailers, Carrefour and Auchan, to launch a range of its sliced blended cheeses, as the Creamery builds on its export success in Europe. The sliced range, which includes Cheddar with Caramelised Onions, Double Gloucester with Onion & Chives, Hot & Spicy Cheddar, and Cheddar with Cracked […]

The Wensleydale Creamery, based in Hawes (17 miles up the Dale from Leyburn), is this year’s headline sponsor of the new-look Dales Festival of Food & Drink, and is bringing its range of delicious handcrafted cheeses along to the festival. As well as sampling their range of award-winning cheeses including favourites such as Yorkshire Wensleydale, […] 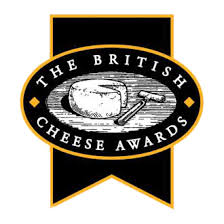 This year’s British Cheese Awards took place at the Royal Bath & West Show, on Wednesday 1st June. Cheese and dairy producers from all over Britain enter their products to be judged by panel of industry experts, and this is the first major “competition” of the season. We were delighted to receive a number of […]