Our website is open and fully stocked. Due to the handcrafted nature of our products we dispatch parcels Monday-Thursday.

With Le Grand Départ only days away an unusual sight has appeared in Wensleydale, causing an excited stir amongst locals, cyclists, tourists, and of course, herd kind! It’s not crop circles or local hikers, but the appearance of giant white Yorkshire Wensleydale cheeses across the dale. 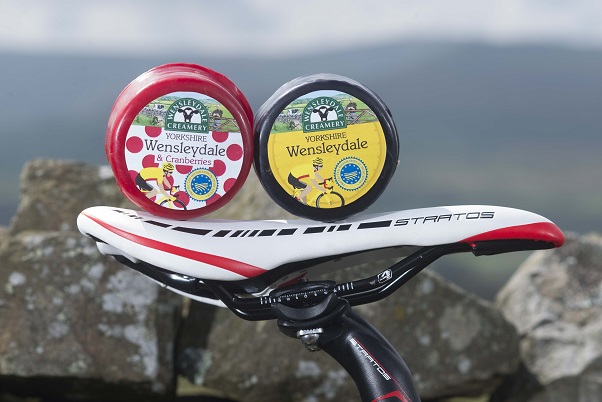 The Wensleydale Creamery, makers of the famous Yorkshire Wensleydale Cheese, have launched two special edition waxed cheese truckles in celebration of the arrival of the Grand Depart 2014 in the Yorkshire Dales.